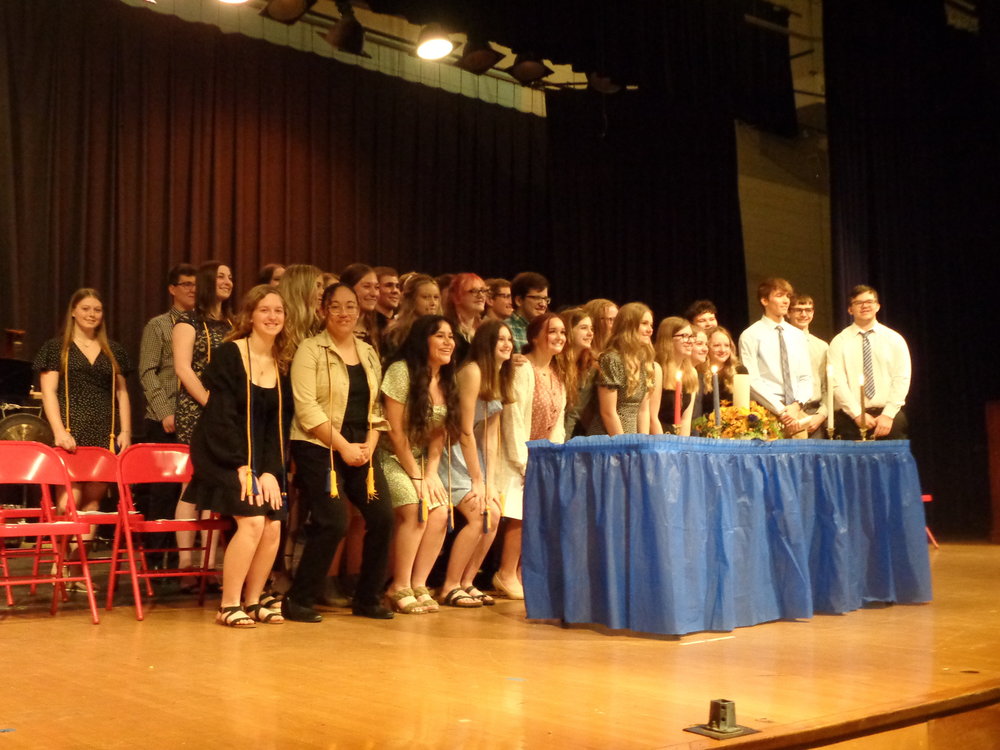 Twenty-one students were inducted into Morrison High School’s chapter of the National Honor Society on Wednesday, April 6 during an evening ceremony in the high school’s auditorium.  Students were selected based on academic credentials (3.5 GPA or higher); their leadership in school and community activities; their solid character; and their service to others.

The evening began with a procession of students into the auditorium, followed by a welcome and introduction of current members by Morrison High School Principal Cory Bielema.

NHS members Katherine Henson, Tanna Frederick, Faith VanderVinne, Brady Wolf, Clara Bush, Isaac Melton, and Lillian Weston spoke about the purpose of the National Honor Society and the themes of service, leadership, scholarship, and character.  Hailey Kozovic introduced new members, and Aaron Freeman presented each new NHS member with a pin and certificate recognizing his or her membership in NHS.

Mason Dykstra congratulated the new members, and Allison Taylor led inductees in the National Honor Society Pledge.  Michaela Millard concluded the ceremony by recognizing all of the parents, family, teachers, school staff, and friends who contributed to the students’ success.  Following a group photo on stage, guests enjoyed cake and punch in the cafeteria.

Congratulations to all of the new and continuing members of NHS!